Based on one of my all time favourite films, this comic was printed in September 1982 under the 'Marvel Super Special' banner. This series was primarily for television and film adaptions, however there were some Marvel licensed character issues also. This particular issue is volume 1, number 22.

The first thing I'd like to mention about this comic is the cover art, this was done by the one and only Jim Steranko. At the end of the story the cover is reprinted without any of the text, clutter and the large obtrusive barcode. Jim Steranko is perhaps considered by many to have been at his peak during the 1960's on the work he did for 'Nick Fury, Agent of S.H.I.E.L.D', however, I find that his work during the 70's was, in my opinion, superior. Steranko was an innovator of the medium, which was an annoyance to some of his peers. His style blended influences of surrealism, op art and graphic design; quite often producing images that could be described as 'psychedelic'. Let me state that perhaps my definition of psychedelia and psychedelics differs from that of mass culture (hippies, LSD etc..) and also of the dictionary. My definition is related more towards a combination of styles and elements that, when blended, create something of a new reality; something fractured  and distorted. Ron Goulart, in his 'Comix: A History of Comic Books in America', wrote,
"[E]ven the dullest of readers could sense that something new was happening. ... With each passing issue Steranko's efforts became more and more innovative. Entire pages would be devoted to photo-collages of drawings [that] ignored panel boundaries and instead worked together on planes of depth. The first pages ... became incredible production numbers similar in design to the San Francisco rock concert poster of the period"
Here is an interview with Jim Steranko for your perusal: http://www.comicbookresources.com/?page=article&id=477 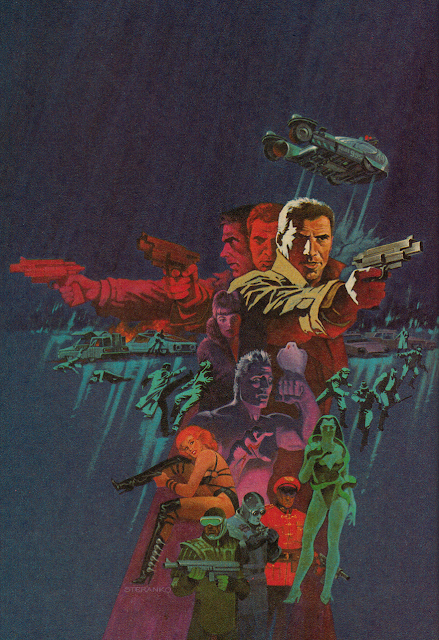 The difficulty of producing a comic like this one is in the writing; reducing a film with a runtime of 117 mins down to just 45 pages is quite a task. Huge chunks of dialogue have had to be removed but I think the story still flows fairly well. The rendering and colouring is great; the images below are a few of my favourites from the issue. Enjoy. 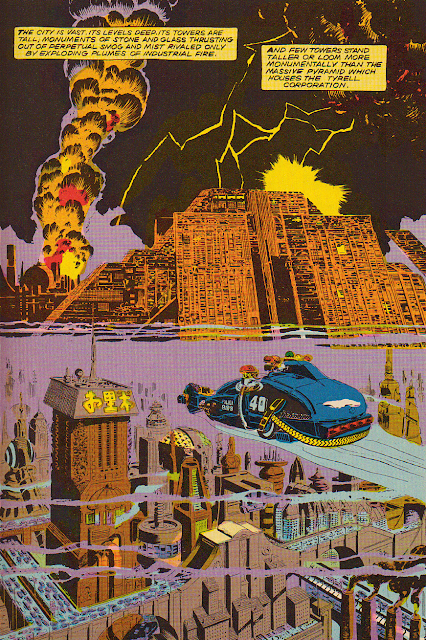 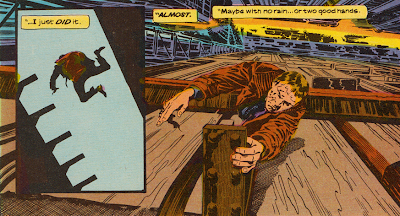 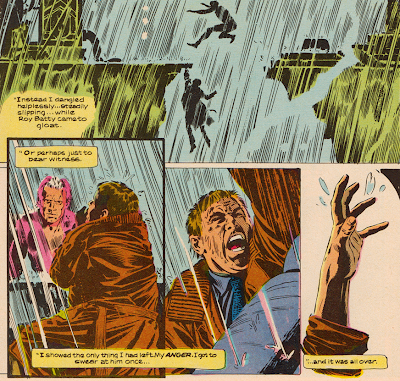 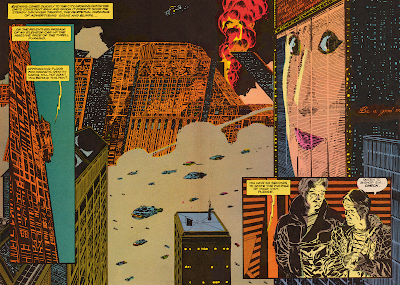 Posted by Michael Stephens at 12:11

The Visual Exegesis is a look at all kinds of visual media that interests me. The word 'exegesis' relates to looking at something with a critical eye; taking something and critiquing it, dissecting it and pulling it apart. Be it comic books, films, photography, painting or drawing - if it catches my eye I'll post about it here!